Report a problem with this listing

Manchester's orchestra since 1858 The Hallé has a reputation for artistic excellence, ranking it amongst the world's top symphonic ensembles. Now in its 161st season, the Hallé continues to seek ways to enhance and refresh what it undertakes, with aspirations to provide leadership through performance standards, education, understanding and training.

Founded by Sir Charles Hallé in Manchester, the Hallé gave its first concert in the city's Free Trade Hall on 30 January 1858. Following the death of Sir Charles, the orchestra continued to develop under the guidance of such distinguished figures as Dr Hans Richter, Sir Hamilton Harty and Sir John Barbirolli. Mark Elder CBE became Music Director in 2000. He was knighted by the Queen in 2008 for services to music and appointed a Companion of Honour in 2017. In November 2011, he was awarded Honorary Membership of the Royal Philharmonic Society.

The Hallé has received many awards, notably from the Royal Philharmonic Society and the South Bank Awards, for its work in the concert hall and celebrated collaborations with other orchestras and Manchester organisations. As well as taking to the stage for around 70 concerts a year at The Bridgewater Hall, its Manchester home, the Hallé places great pride in giving over 40 concerts annually throughout the rest of Britain. Its distinguished history of acclaimed performances also includes televised concerts, frequent radio broadcasts and international tours.

Since the Hallé launched its own CD label in 2003, a number of its recordings have won prestigious awards including five Gramophone Awards and a Diapason d'Or. A further Gramophone Award was given for one of an ongoing series of recordings made for the acclaimed contemporary music label, NMC. In 2013, the Hallé and Sir Mark Elder's recording of Elgar's The Apostles was honoured with both the 'Choral Award' and 'Recording of the Year' (BBC Music Magazine) as well as the 'Choral Award' (Gramophone).

Hallé St Peter's provides a home for the Hallé's rehearsals and recordings, its choirs and Youth Orchestra, as well as a space for education workshops and small performances. Opened by the Hallé's Patron, HRH The Countess of Wessex in 2013, it is a restored church in the Ancoats area of Manchester. From the end of 2017 to summer 2019, Hallé St Peter's will be closed for expansion, creating additional rehearsal spaces as well as a café.

Over a quarter of a million people heard the Hallé live last season, of whom more than 71,000 were inspired by the Hallé's pioneering education programme. It exists to create a wider enjoyment and understanding of music throughout the whole community and generates around 65 projects each year. The Hallé is a registered charity. 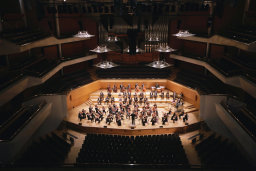 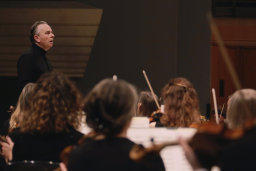 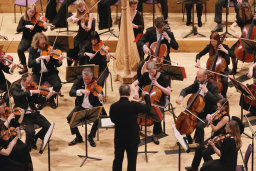 Offers from our Partners

Wave goodbye to monthly fees, sign up in minutes and get £75 on us!

Start your business with Tide

Get off to the best start with £75 in your new account on us!

Is this your business?!

Claim now!
Show me directions to The Halle